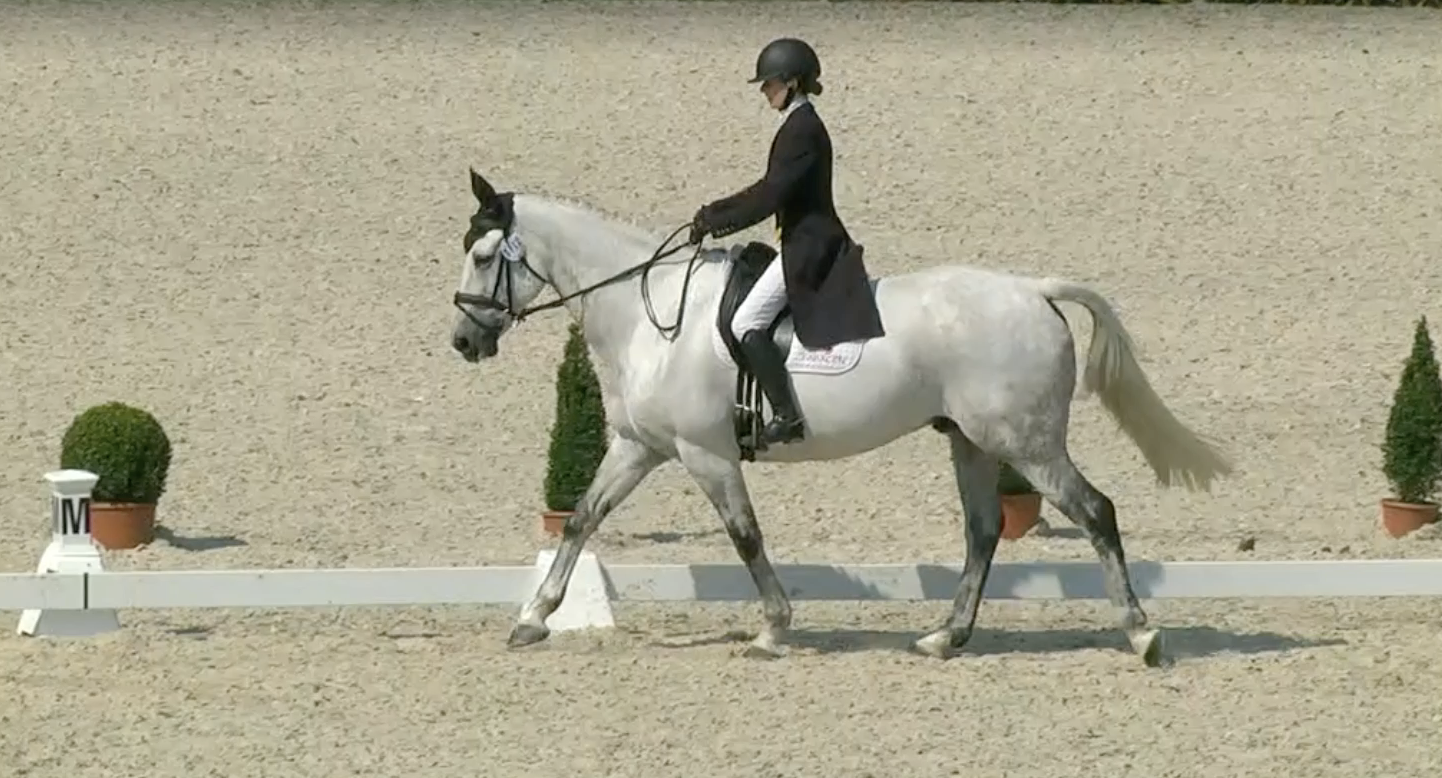 As Bramham is approaching, Laura has worked hard, over the years, to develop his balance. When he arrived as a 7 year old, with Laura’s mum, Jan, he was clumsy, to say the least, tripping up regularly and mooching around with neither a care not much effort. In fact, it was tripping over a raised pole in a lesson

that Bandit deposited Jan, dislocating and breaking her shoulder. The paramedics were great and took good care of Jan. She was back on Bandit within 8 weeks.

Of course, the first thing to check out was that there was nothing underlying causing his carelessness. All the checks suggested he was just fine. He simply needed to find his balance, and that took time and patience, with lots of transitions and lots of pole work.

His third event was BE90 at Frickley Park, in Yorkshire. Laura arrived back from cross country and told Jan that he’d ‘almost’ gone clear. He’d slipped on landing from the little bank and hadn’t got back up in 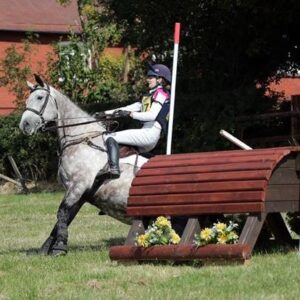 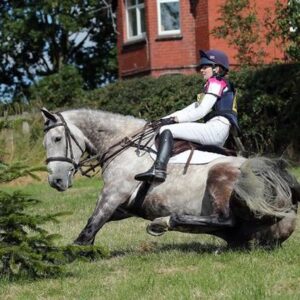 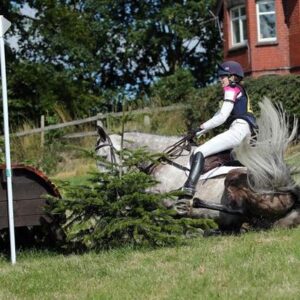 time before the next fence so ended up with 20 penalties. Jan had thought that Laura was exaggerating… until she saw the photo! The boy picked himself up, jumped the fence and carried on. Again, checked and fine, Bandit was proving early on, that he has the heart of a lion.

From there, his record cross country has been almost faultless, with three technical 20’s and an unseated rider the only blips in nearly 50 affiliated runs BE and Eventing Ireland (they currently live in Ireland).

Dressage has never been Bandit’s strong phase. He’s not your typical, sleek type that the judges tend to love and he has to work hard for every point he scores. As time has gone on, though, Laura has learned to

focus on Bandit’s improvement and his own scores rather than trying to compare him with others. If they do what Laura feels is a good test, then she’s a happy rider.

Bandit will be up against some pretty expensive and flashy horses at Bramham and he’s earned his place to be there. Whatever his score in the dressage, he will be deserving of his apple treats.