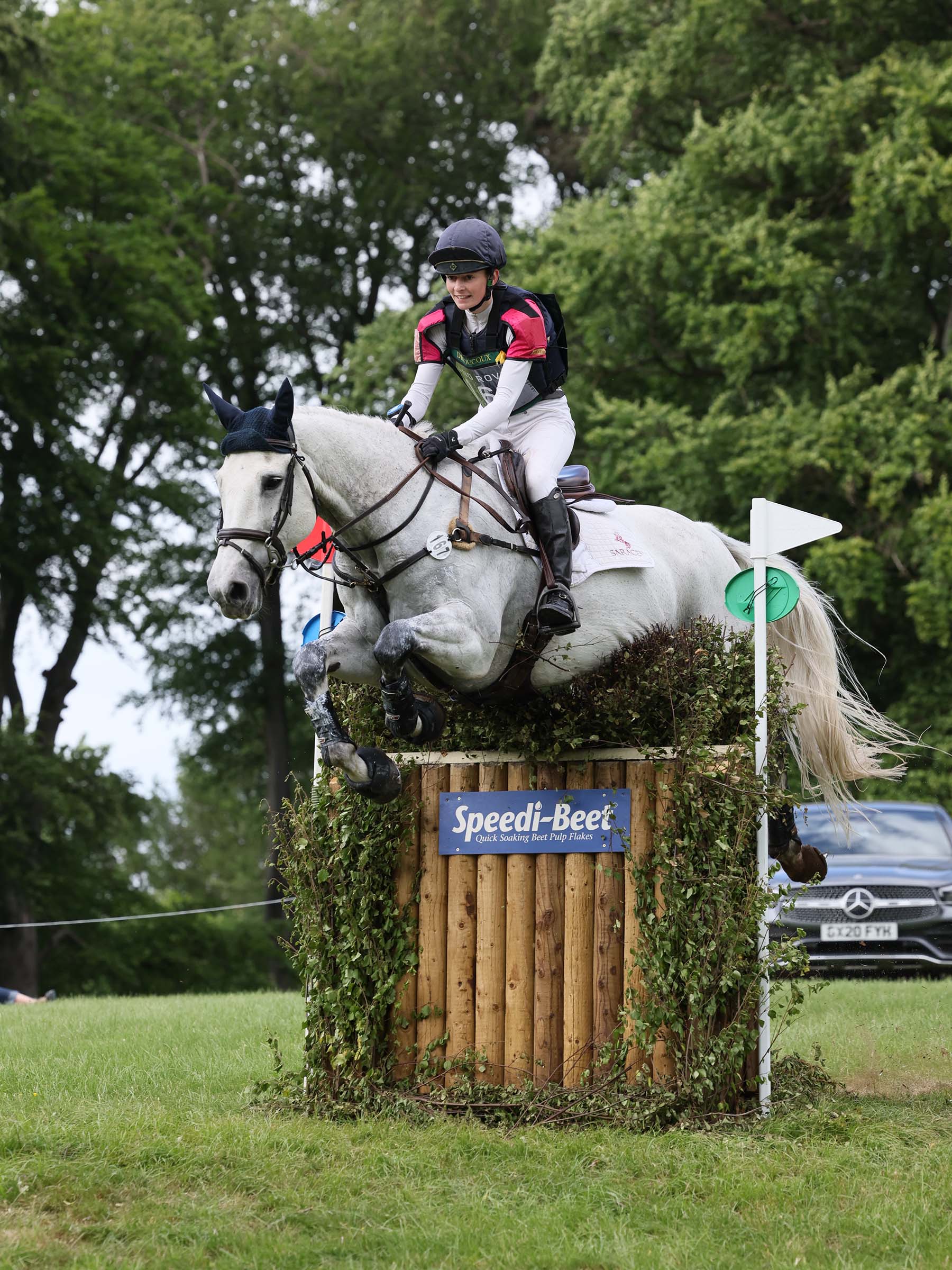 With Bob Cotton Bandit taking a big step at Bramham, Laura Birley and her mum, Jan, went with only two big hopes, the first that they’d get round safely and the second that they’d enjoy every single second of their time there. When a horse takes a step up to the next level, it can be difficult to tell if they’ll succeed at a new level. With that in mind, savouring every moment was high in Laura and Jan’s minds.

Dressage, predictably, was the least stressful of the phases. Bandit doesn’t always appeal

to the judges but he did a correct, balanced and obedient test for a respectable 39.3.  Laura walked the

The first time, at an international, is a general amble, looking at the fences and the terrain but not specifically thinking about lines, gears and other factors. The second was with instructor and mentor, Tracy Garside. The third and fourth walks allowed Laura to fine tune her thoughts with little tweaks to where and how she would jump each of the fences.

On jumping day, Bandit show jumped early. They had two down, a great result for a horse that has, in the past, had four or five down. Waiting for the cross country phase would have been stressful if it wasn’t for the raft of friends and family that were there to distract both Laura and Jan from the test that lay ahead.

There were a number of holds that pushed the timings back – two of those, unfortunately, were fatalities for horses – a terrible and sad outcome.

When their time finally came to get on and warm up, there was no denying that both Laura and Jan were

full of nerves.  Laura was very kindly given an embossed, personalised neck strap, from Em-Boss-It, which she was grateful to wear going round the biggest, boldest track of her career, so far.

Laura’s trainer, Tracy, was there every step of the way, guiding, warming up,

supporting and generally being a rock. Super groom, Shane Sullivan almost missed his holiday, leaving himself just 45 minutes to make his taxi, after Bandit was washed off, unstudded and walked after cross country!

One young girl, Ava Harris, stuck a note with a message for Laura and Bandit on a post on the cross country and on Monday did a show and tell at school on her experience at

The people – friends, family, social media friends, and others, that specifically sent messages and videos was unexpected and overwhelming. There was so much positive support for Laura and Bandit, the unexpected 4 star event horse! 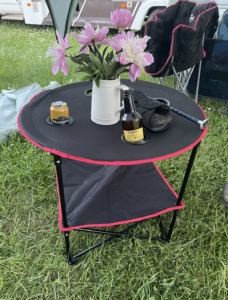 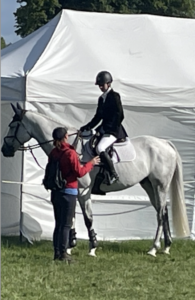 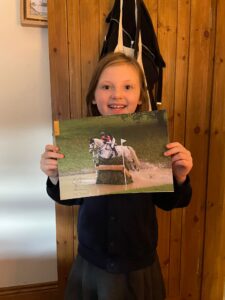 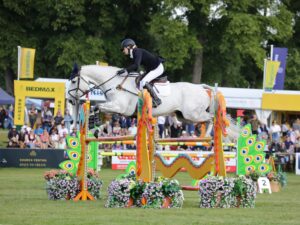 Should helmets be compulsory for trot ups / handling horses ?

Horse Lorries and Guidelines for Cars