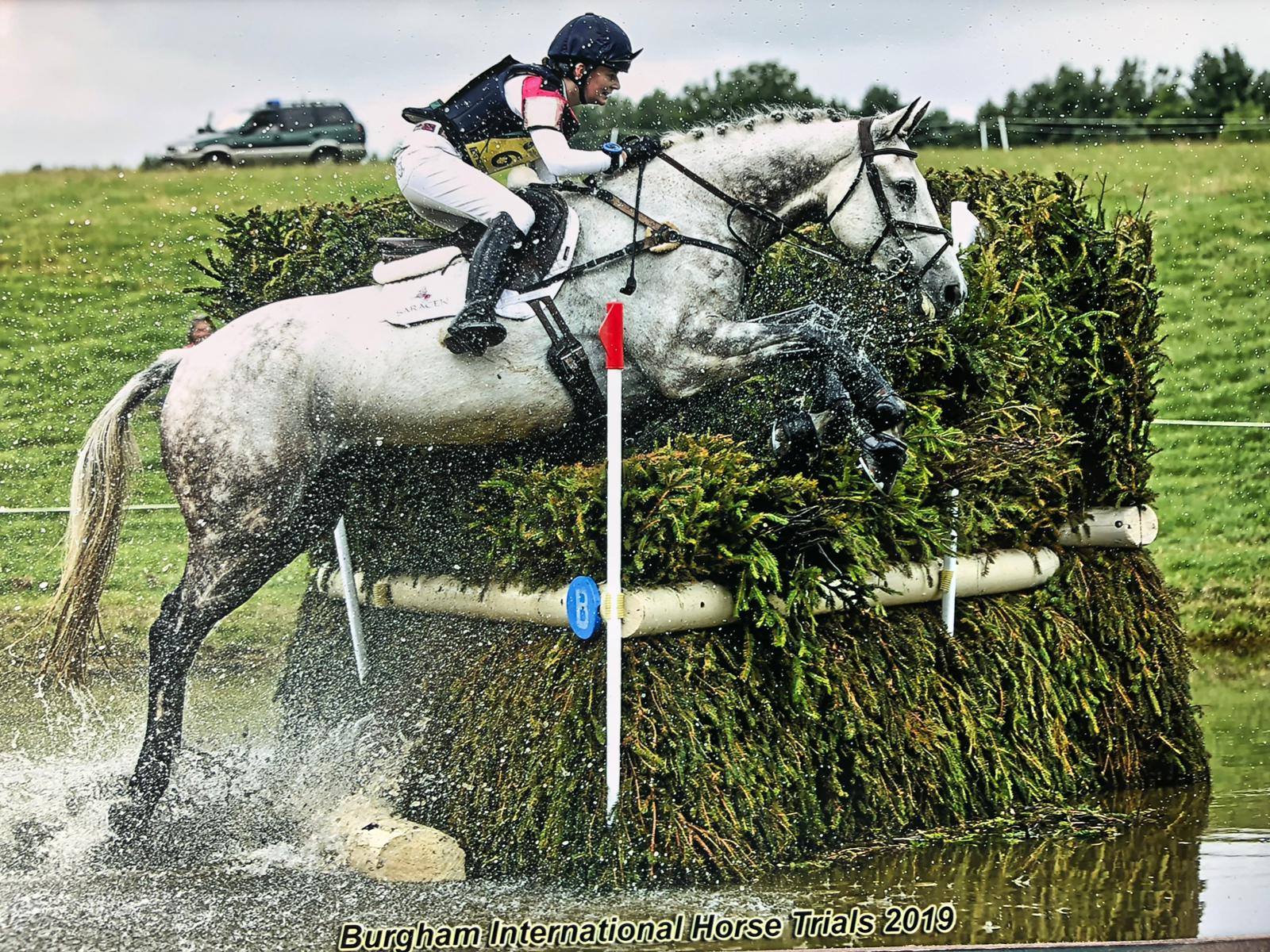 As Bramham looms for Bob Cotton Bandit and Laura Birley, show jumping has been a particular focus in their preparations. If you were to look back at his BE record, it’s clear to see that he needed to do better in the show jumping phase.

His bravery cross country, had the knock on effect that he was just not that careful with the coloured poles. It was a puzzle and a challenge to improve that. Laura did lots of gridwork, as a natural part of her jump training and a strong focus on his flatwork and quality of canter also helped. There was, though, a point where Laura realised she had to ride him a little braver, more committed to the fences and slowly 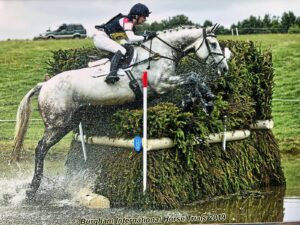 that started to pay dividends.

The runs that, ultimately, weren’t qualifying scores because of his show jumping meant that they were, in the meantime, getting more mileage under their belts.

Laura has also worked hard to make sure she will have both steering and breaks on cross country day. When Bandit realised his love for cross country, he also found his strength that made him quite challenging to stop.

Bitting him up worked, to a certain extent but Laura found that it was transient and a bit that worked at one competition would be ineffective at the next. This made bitting him quite difficult! As he was going cross country in a strong bit, Laura needed a different approach. Her instructor, Tracy Garside, happened to mention that riding him without a bit, perhaps, in the arena where it’s safe and contained, in a head collar might help him read her body language.

Laura took that suggestion head-on and, never one to do things by half, took it a step further – riding and jumping Bandit with just a rope around his neck.

Going yet further, Laura moved to schooling over cross country fences with just her rope. This was the point that he became more rideable cross country.

Bramham will be their biggest track, this weekend. They’re going well prepared, with great training sessions under their belt. How will they cope with it? They’ll give it their best shot and the only real requirement is that they come home safe, both in one piece.